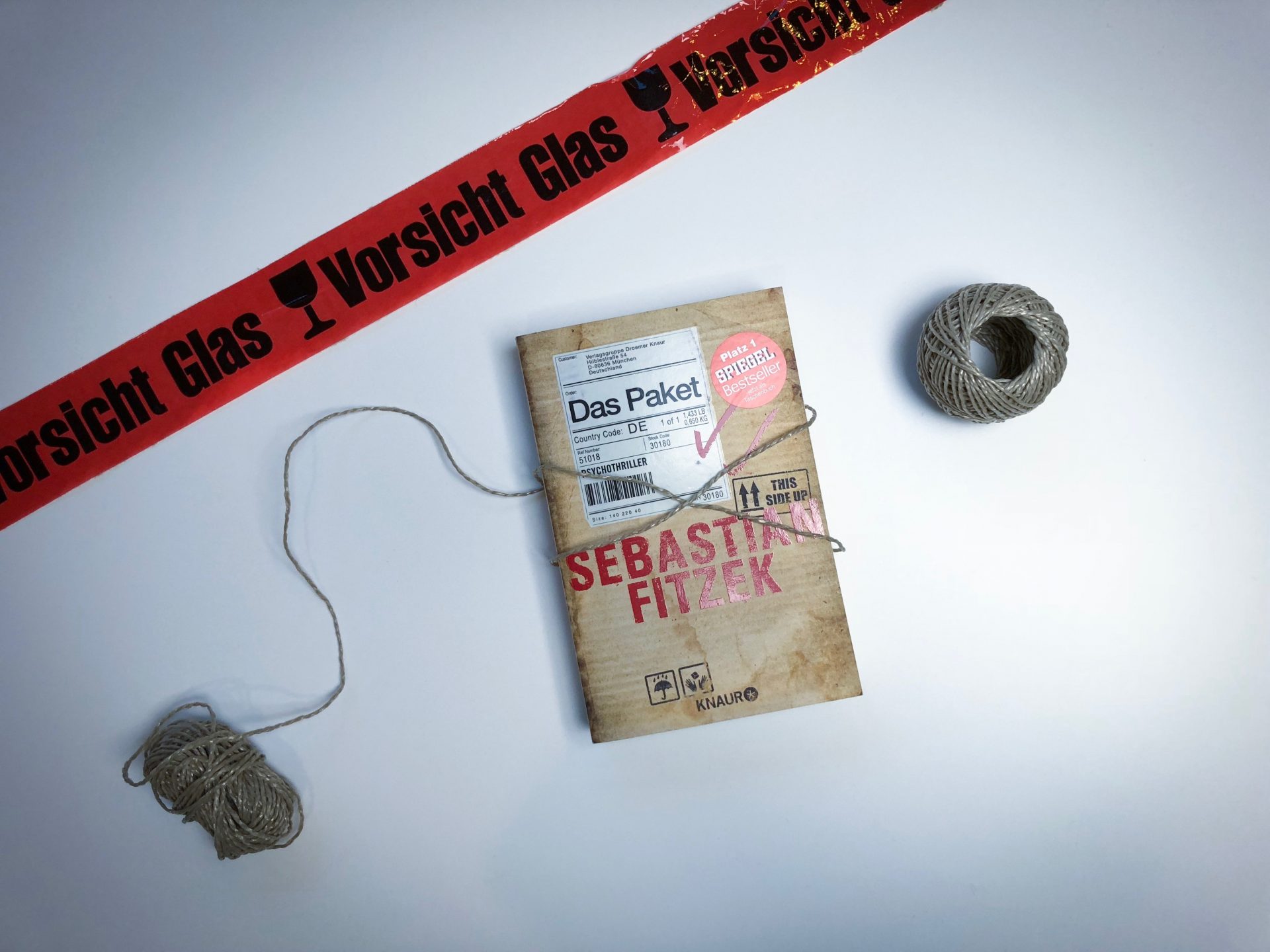 Sebastian Fitzek’s “The Package” is about the life of the young psychologist Dr. Emma Stein, who suddenly turns into a nightmare when one night in a hotel room she becomes the next victim of the “hairdresser”, a psychopath who rapes young women and cuts their hair off. Deeply traumatized by the deed and the loss of her unborn child, she feels safe only in her small house in Berlin’s Grunewald and is now fighting against her paranoia and the side effects of her many drugs within her own four walls. When the postman asks her to accept a parcel for a neighbour whose name she has never heard before, she is forced to leave her house for the first time in six months and loses her judgement about reality and delusion.

“A liar will not be believed

even when he speaks the truth.” A wise proverb we have all heard and experienced. Everyone knows someone who knows someone who was once caught lying and who has lost credibility ever since. So does Emma, the courageous and yet so fragile protagonist. After she was sent to therapy as a child because she had an (allegedly) invisible friend, she now has to experience again that she is considered a liar. She is not only accused by the police, she has thought up the rape. Even her closest confidants doubt Emma’s portrayals of the deed and throw her deeper and deeper into the vortex of paranoia. Self-doubt is not long in coming.

..you did it again. You make me miss my appointments all the time to devour your latest work! With “The Package” you have once again surpassed yourself. In a new record time for me I devoured it and was shocked once again how much my knowledge of human nature can deceive me. You manage to keep up the tension on every single page and at the same time make sure that I suspect every person, whom I have actually already taken to my heart after only a few pages, at some point.

It is not only Emma who has difficulty distinguishing between the real world and her delusions. I too had great difficulty in differentiating between reality and delusion. Common sense is always looking for inconsistencies that could uncover a dream, but there could also be explanations for everything. It’s to tear your hair out! (no innuendo 😉 )

Have fun and tell me who you suspected!