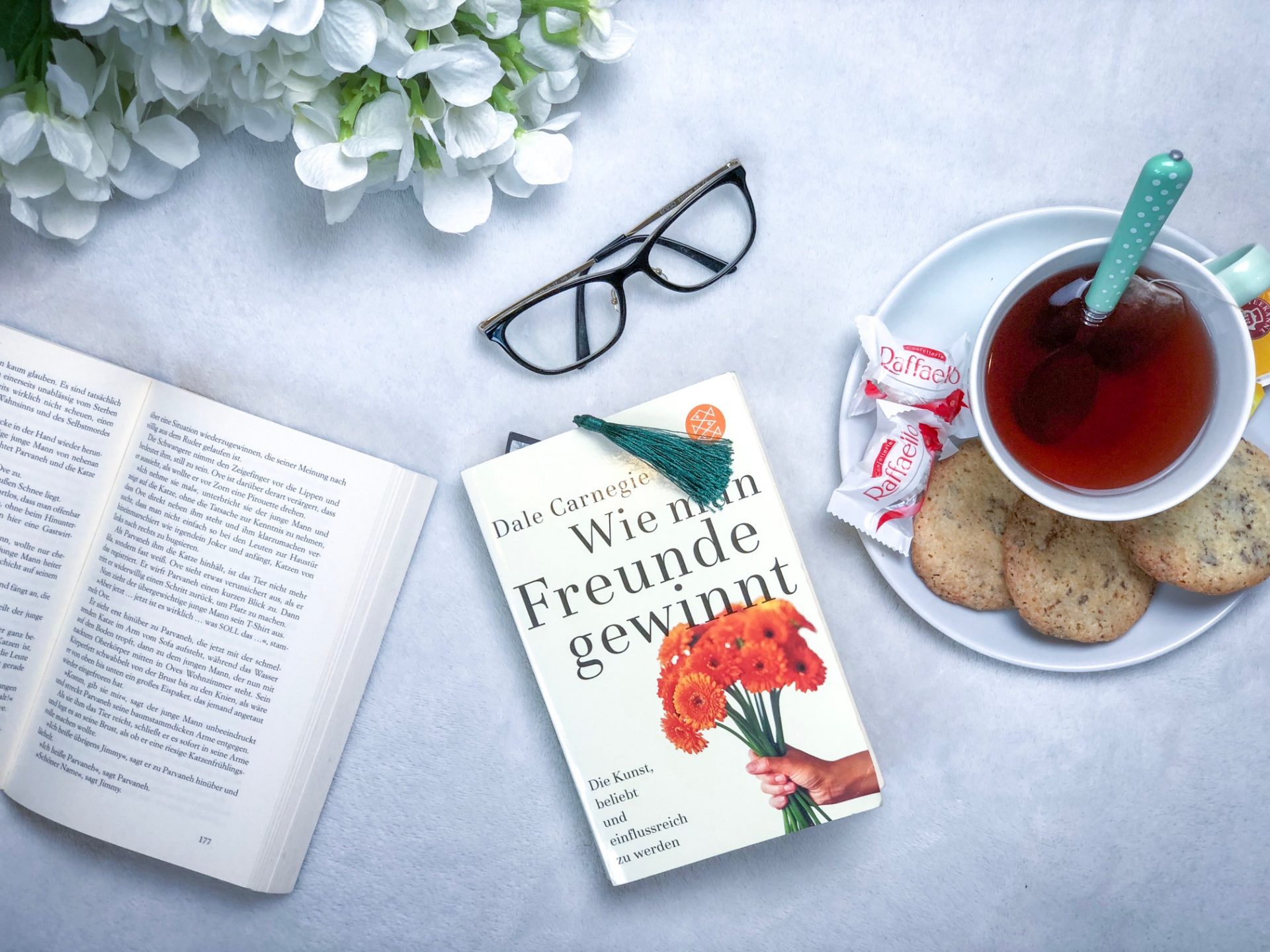 Glad you’re here! Today I present you the first book on my blog, one of my favorites! I found the title so simple and provocative at the same time that I had to have it, of course.

The Coach and Autor

Dale Carnegie is considered one of the most important authors in the field of positive thinking and should be represented on every bookcase with at least one of his works. He worked as a motivation and communication coach in the first half of the 20th century, but his rules can still be applied today. People don’t change after all 😉

In his most famous book “How To Win Friends And Influence People” from 1937, he describes the basic rules of human interaction and devotes a separate chapter to each rule, in which he underpins his tips with examples from economics and politics. 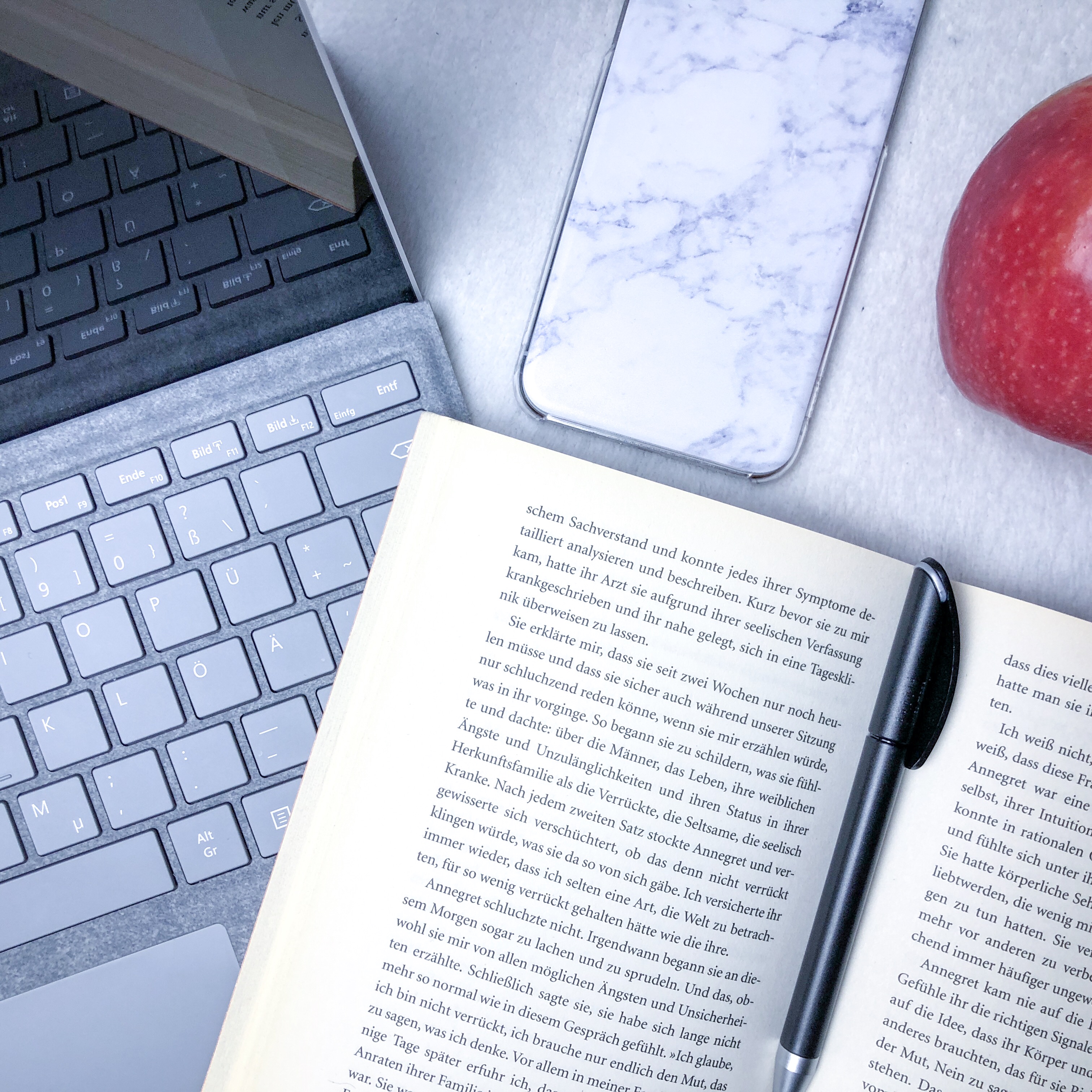 Dale Carnegie has divided the content of “How to make friends” into the following sections:

In this book Carnegie gives us a total of 30 tips on how to make friends. The following are my favourites and I try to learn them by heart and apply them daily:

“Give honest and sincere recognition.”

“Show genuine interest in others.”

“The only way to win a fight is to avoid it.”

“If you’re wrong, admit it openly without hesitation.”

“Honestly try to see things from the other’s point of view.” 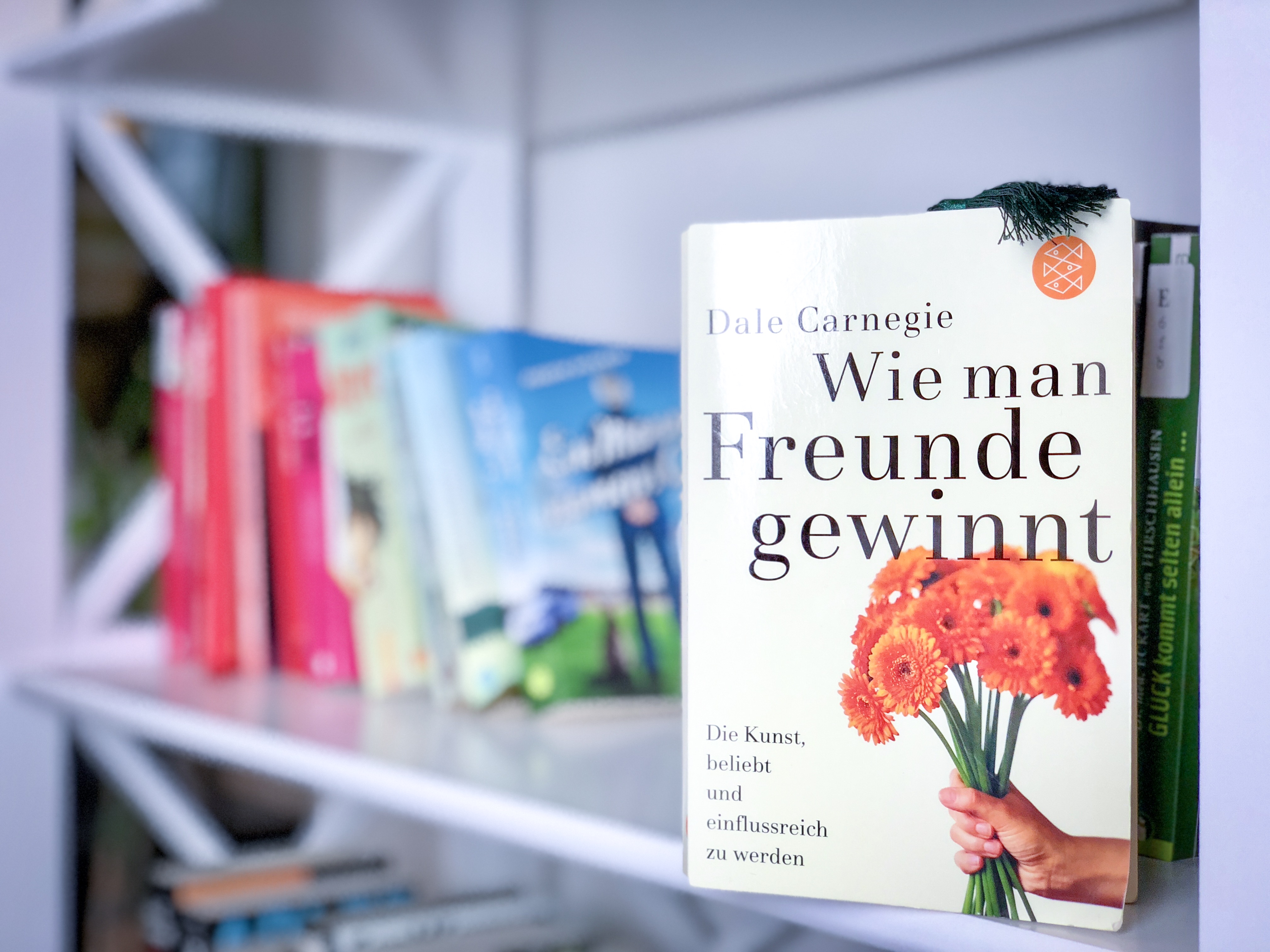 I find its tips super helpful and practical and use the book more as a reference book to remember its content at regular intervals and to internalize it better. Here I have scribbled again like wild in it, painted and marked 🙂

Of course, you can also simply browse to the rules at the end of each part at the beginning, and learn from them. But we don’t read a thriller from behind, do we?

Admittedly, half of the examples would have been enough. Instead, one example follows another, which I found tiring at one point.  Carnegie does not always succeed in making his examples appear credible and so some of his remarks seem made up. Nevertheless, the pages serve their purpose and illustrate the application and advantages of the rules. I started a new job a few days ago and now meet many new faces every day, the optimal conditions to practice and apply some of the rules!

If you’re now afraid Carnegie will make us spineless yes-men, don’t worry! For one thing, who wants a yes-man for a friend? And secondly: his tips are much smarter than you might expect at first. If it was so easy to make new friends, what a harmonious place the world would be!

As good as his reputation?

I find this book very readable and instructive and can only recommend it to you. I learned a lot after I read it for the first time and really noticed a difference after applying the first tips.  In my dream world everyone has read it once and gives his best to stick to it 😉 One can dream..

Another masterpiece by Carnegie that was published in 1948 is “How to stop worrying and start living”. Whether this is as great as the other one I will tell you soon, it is already waiting for me and wants to be read! 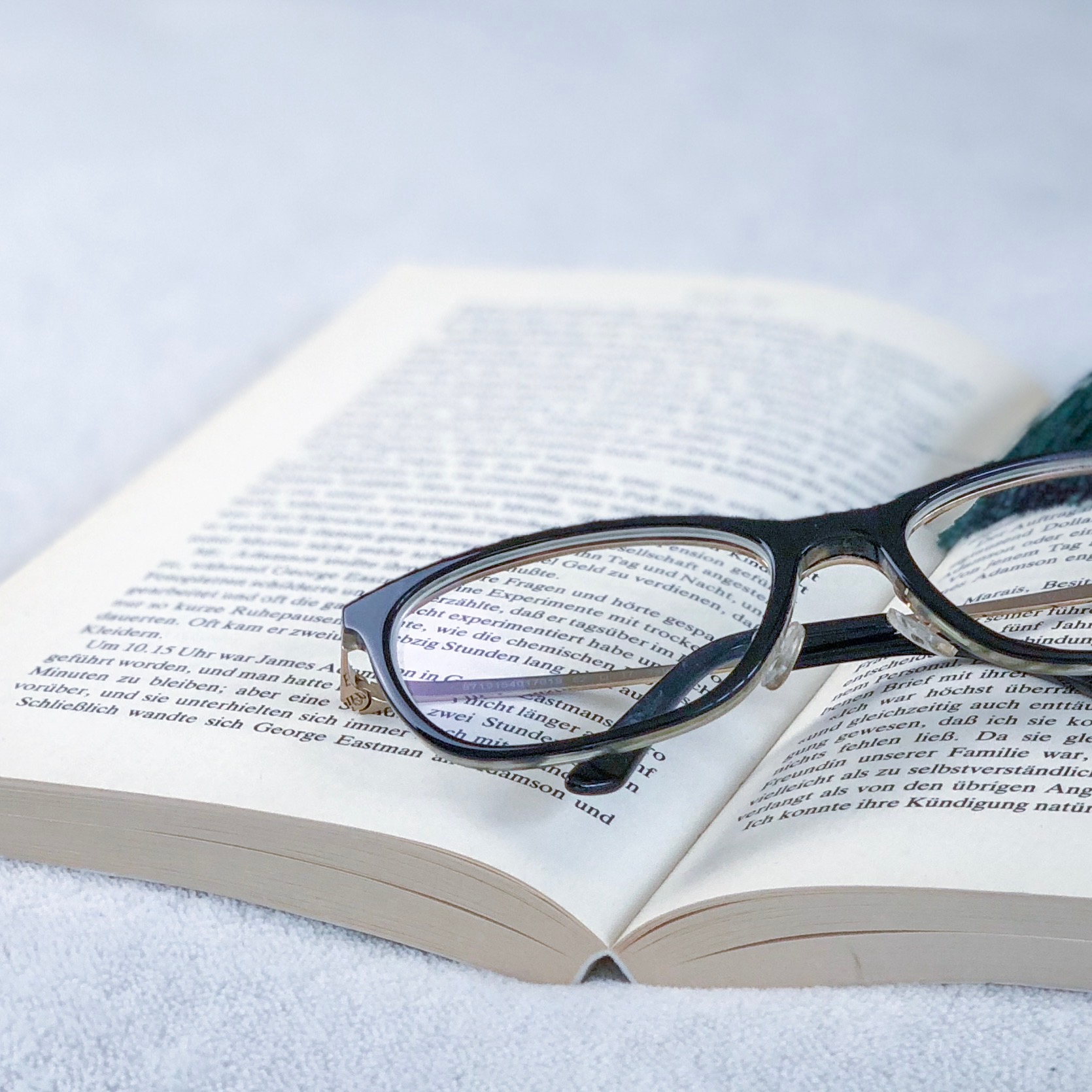 By the way, you can find courses on the Dale Carnegie Website where you can learn to apply the rules of Dale Carnegie.

Until then, have a look if you can find the book somewhere and tell me if you liked it!

Best regards, see you next sunday.

friends how to win friends