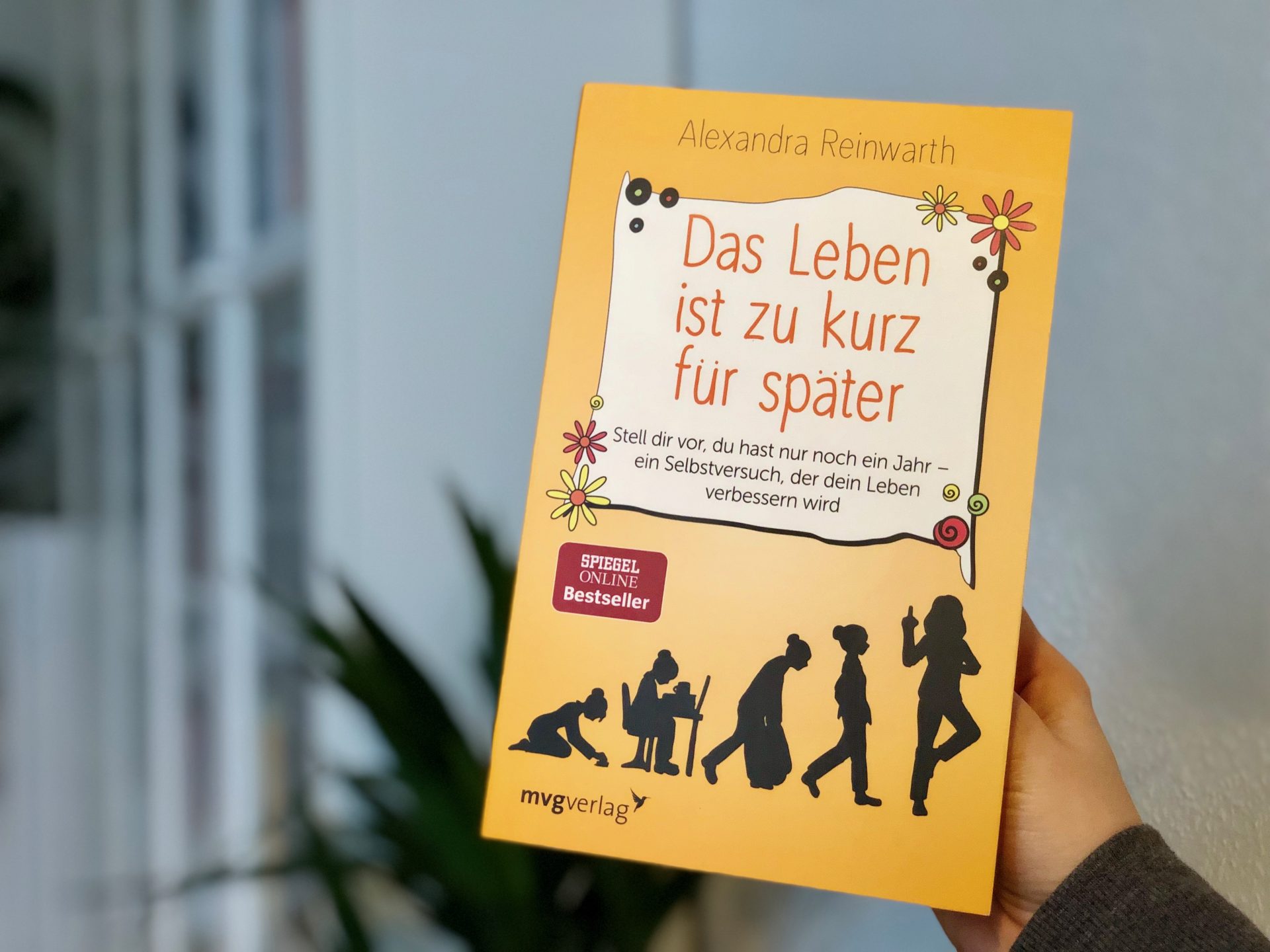 I’m closing the book, getting off the bus and I’m smiling. These pages enriched me enormously and at the same time showed me that I was on the right track. “Now or never, life is short” is what I always say. Life is too short for later.

The Regensburg-born woman (the name says it all: Regensburg lies in a valley and has above-average rainfall) has been living in her adopted home Valencia in sunny Spain for many years and regularly deals with self-experiments in her works that illuminate big questions of everyday life. Having already set out on a quest for happiness for her readers and given everything to be more Yogurette than Snickers (“The Fitness Project”, 2012), she finally launched a new DIY book in 2018: “Life is too short for later”. In her latest bestseller, she has once again dared to try her luck on us.

What is it about?

Alexandra’s boyfriend L. comes home and finds an unsuspecting obituary of his girlfriend’s death in the hallway. The woman had another idea. This time with the a date of death. Quite a drastic method, but nothing nothing can come. And so Alex gives herself an ultimatum. In eleven months it’s closing time. On February 15 will be the day on which she dies.

Long story short, a new project is born. For almost a year Alex tests how it feels when you make decisions with the ulterior motive of the fixed ultimatum in mind. With this gesture only she describes the ignorance of mankind. It could happen every single day, but we all live as if it were for eternity. And – knock on wood – most of them fortunately enjoy getting old. But how to make the best of it?

Pride and embarrassment. How many things do we miss in life because we do not dare to be proud? How much is too embarrassing for us, but would make us happy? Alexandra tests this and does everything she never dared. Apologizes for her bad behavior and confesses her jealousy for the now shared attention of her best friend. And then – feels free and happy. Not because her apology has been accepted, but because she has finally freed herself from the burden that her guilty conscience has caused her.

So many people have been carrying a rage about another person with them for years or decades because they cannot forgive. And they only make life difficult for themselves. No need to question whether these people deserve to be forgiven. But it brings the forgiving person freedom and peace. So Alex also tries to forgive and again faces the thesis “If I had one more year to live…”